This Site Is A Special Thank You & Introduction To Some Outstanding Men & Women!

"The way to get started is to quit talking and begin doing." -Walt Disney
"When you reach the end of your rope, tie a knot in it and hang on." -Franklin D. Roosevelt
"Don't judge each day by the harvest you reap but by the seeds that you plant." -Robert Louis Stevenson
Dreams grow if you grow. Zig Ziglar
"Do not go where the path may lead, go instead where there is no path and leave a trail." -Ralph Waldo Emerson
"The greatest glory in living lies not in never falling, but in rising every time we fall." -Nelson Mandela
"In the end, it's not the years in your life that count. It's the life in your years." -Abraham Lincoln
"Life is a succession of lessons which must be lived to be understood." -Ralph Waldo Emerson
"The only impossible journey is the one you never begin." -Tony Robbins
"Love the life you live. Live the life you love." -Bob Marley
"Life is either a daring adventure or nothing at all." -Helen Keller
If you judge people, you have no time to love them. Mother Teresa
All that we are is the result of what we have thought. Buddha
Stay hungry, stay foolish. Steve Jobs
The future belongs to those who prepare for it today. Malcolm X
Some people do really find fault like there's a reward for it. Zig Ziglar
It always seems impossible until it’s done. Nelson Mandela
Turn your wounds into wisdom. Oprah Winfrey
Whatever you are, be a good one. Abraham Lincoln
Do what you can, with what you have, where you are. Theodore Roosevelt
Little by little, one travels far. J.R.R. Tolkien
I fear not the man who has practiced 10,000 kicks once, but I fear the man who has practiced one kick 10,000 times. Bruce Lee
A man who stands for nothing will fall for anything. Malcolm X
You have power over your mind – not outside events. Realize this, and you will find strength. Marcus Aurelius
By failing to prepare, you are preparing to fail. Benjamin Franklin
I think, therefore I am. René Descartes
To be, or not to be, that is the question. William Shakespeare
A lot of people quit looking for work as soon as they find a job. Zig Ziglar
Live life like your the hero in the story.
Previous
Next
MENUMENU

Check This Amazing Musician Out!

Ironic, Like Snow On Your Golfing Day
This video is another elaborate set-up for another awful dad joke…enjoy.

The “Feels Like” Temperature
This is how I imagine they determine the “feels like” temperature, down at the Weather Channel Headquarters.

Sleeping Beauty
When your kids sleep past noon…it’s a Dad’s responsibility to embarrass them.

Drive Thru Prank
A Dad entertains his kids by ordering Dairy Queen drive thru as the Scottish Fat Bastard character from Austin Powers.

Dubsmash Collaboration
Two friends who met on the Dubsmash app, do a Dubsmash collaboration. Performed by Jonathan Brooks and Christopher Piunti.

Lowe’s Sunday Self Commercial Parody
This video is a parody of a Lowe’s commercial, originally used for a video announcement at a church.

Freeway Mannequin Challenge
An entire freeway participates in the #mannequinchallenge courtesy of the God-forsaken 91 Freeway in Southern California.
«
Prev
1
/
2
Next
»

The information found in this site is one of the things that I am passionate about. Many years ago a kind soul set me on the path of self development. I wish to do the same for you for I know the difference it has made in my life's journey. I love self growth information and have collected a few things to share. To learn more about me you can visit BowmanWebServices.com 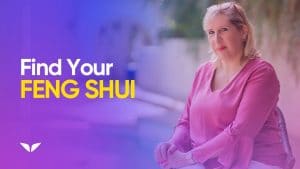 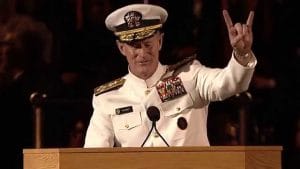 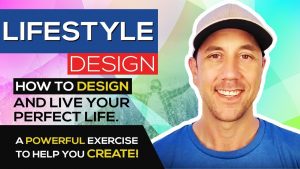